Recently, Tim Vellrath, creator and founder of Universal Fireproofing Patch was interviewed to share his story on the road to obtaining a U.S. Patent:

Tim, thank you so much for sharing the story of your new product development and the road to your first patent.  Hopefully your story will provide other entrepreneurs perseverance to push on. Can you tell us when did you start the product development in earnest?

Ever since we began in the fireproofing business (around 1980 or so) patching has always been a problem.  As an applicator you knew the repairs had to be made, but economically you simply could not continue to do the repairs at no charge.  On a big job, patching costs could spiral out of control. 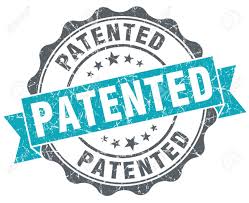 Development interest really began in earnest in the fall of 2001.  We were working on a job at a prominent local university and over time the patching costs grew to be $108,000 which was  40% more than the original scope. The owner was not happy. Their argument was they were willing to pay for the fireproofing once but not twice.  It also became clear that the CM was not going to pay for it so back charges started to fly all over the place. At one time the CM even asked us to tell them who did the damage and percentage wise the cost would be distributed.  As an applicator, we had to work with these guys and did not figure back charge distribution was part of our scope of work.

It was then that I began to think there has got to be a better way.

What were the biggest challenges of product development?

The biggest challenge was meeting all of the bureaucratic obstacles/challenges that were in our way.  Part of this was our fault in that I became increasingly mired in satisfying ALL test and verification requirements.

My attitude grew out of the fact that as an applicator,  we were frequently approached by sales representatives touting a new product that was the greatest thing since sliced bread.  Be it a new material, a new machine, a new process, etc; but upon deeper examination the testing was done by a “brother-in- law” who verifies that the stuff works great.  As cumbersome as it is complying with all of ASTM and UL requirements, they all were really great guys to work with. The time and expense involved was not small, but very worth it.

Another issue was that ASTM and UL have test and verification procedures for determining the effectiveness of a sprayed fire resistive material (SFRM). Neither organization had any protocol to verify the material’s effectiveness as a patch application.  From the beginning, we felt we had to earn our UL Test Design and get the UFP production under the UL Certification program. To start, we conducted several ASTM E 119 test procedures at VTEC Laboratories in Brooklyn, NY and passed. Then we had to test UFP under the ASTM E 119 protocol and also as a patch material using SFRMs currently on the market to serve as the existing fireproofing.  To establish a patch verification procedure under the ASTM E 119 protocol we turned to Priest Associates Consulting, LLC, specialists/experts in fireproofing. Priest Associate’s patch procedure under ASTM protocol was tested by Intertek Testing Laboratories out of San Antonio, Texas. To our knowledge no other material, even those commonly used for patching has even been tested as a patch application.  Finally, we tested at Underwriter’s Laboratories, Northbrook, IL as clearly when it comes to fireproofing UL sets the standard.

How many tests did you do before you “passed”?

At UL you basically get one shot, but they will gladly reschedule another test at a large cost if need be.  Pretty expensive trial and error. The same is true at Intertek Laboratories, but unlike UL, who tested a single column, Intertek was willing to perform multiple tests with a single burn sequence.  We did one burn on one column at UL and couple of burns (17 columns) at Intertek. We were very fortunate that our burn at UL lasted 2 hrs. and 9 minutes, and our burns at Intertek lasted over 2 hours as well.  We passed every single test.

I believe the reason we passed these tests was our preparatory work.  Initially we built a burn chamber in house and hooked up thermocouples as required by ASTM E 119 and mimicked the test protocol as best we could.  Throughout our experimentation phase we probably did forty to fifty burns as close to ASTM E 119 as possible. We concentrated on the physical properties of UFP as well as the thickness required for a given duration of exposure.  Once we were pretty confident that we had a product ready for testing, we had it tested at VTEC Laboratories in Brooklyn, NY. They performed a modified ASTM E 119 verification procedure, using a 4’ column in lieu of a 9’ column as per UL.  It was costly, but provided us with a pretty high level of confidence, certainly enough to go to Intertek and UL.

Was there ever a point when you questioned the viability of the product/pursuit?

I guess the low point of years of product development was when I got a call from UL saying that I have to get permission from all the existing material manufacturers to allow me to use their material as a background material against which to test my UFP.  This meant that I would have to contact all of my future competitors and get each of them to agree to cooperate in helping my product testing. The logic behind this position, as it was told to me, as that each of these fireproofing material manufacturers spends a lot of money yearly on various testing procedures, my product was small potatoes.  It was as if they were allowing their future revenue stream to impact my testing process. It was extremely disheartening news to say the least.

I have always tried to do the very best that I could on each and every application.  I studied the subject, lectured on the subject, and participated in various forums. I was proud of the reputation I earned.  To this very day I firmly believe that my reputation in the fireproofing industry is what saved me. After much consternation UL agreed to test my UFP, as a SFRM in strict accordance to UL and ASTM E 119 standards; if I passed I would be entitled to all the rights and privileges thereby due.  Verification of compatibility would have to be done elsewhere and as such was included with the Intertek testing.

As it turned out, UL tested and certified our UFP for thermal performance under UL 263, ASTM E 119, and UL standards.  Intertek was to test for our product performance as a patch and for compatibility against a variety of alternatives for existing fireproofing materials.  To get to this conclusion there were several months of, shall we say, high stress.

Tell me about a time when your vision was affirmed?

During the actual product development, there was not an “ah ha” moment.  We were just too busy working on all the aspects of getting to market. It was an intense 2 years or so.

I would have to say confirmation came from Atlanta when a man called me and said he was doing a very small remodel job in a corporate office.  As he explained he had 6 spots where the existing fireproofing had come off. He was fit to be tied as he was getting pricing from $1200 to $1500 dollars to repair the damaged SFRM; not in his estimate.  He could not see the cost justification as the pricing including lugging the pump equipment to the floor of the remodel, protection, spray, clean up, and all the rest of it. He solved the problem with one bucket of UFP.

I thought to myself that it exactly the market we seek to satisfy.

What is the most memorable feedback?

We get a lot of great feedback.  I regularly hear from customers that my product saved them a significant money and kept a job on schedule.  We post feedback regularly on our website so I encourage people to read what customers have been saying. This positive feedback, along with the process is one of the things that has really kept me motivated.

What advice would you offer to other entrepreneurs developing new products? 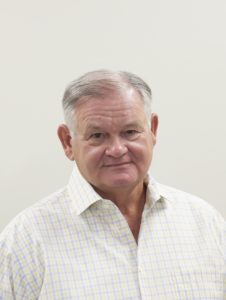